Knowing Who We Are and Whose We Are

Praise God who knew us before we were born and have chosen us to be the praise of the glory of His grace. What a high calling! He has made us alive who were dead in trespasses and sins, and raised us up together and made us sit together, both Jew and Gentile, in the heavenly places in Christ Jesus.

Paul, an apostle of Jesus Christ by the will of God, to the saints who are in Ephesus, and the faithful in Christ Jesus: Grace to you and peace from God our Father and the Lord Jesus Christ. 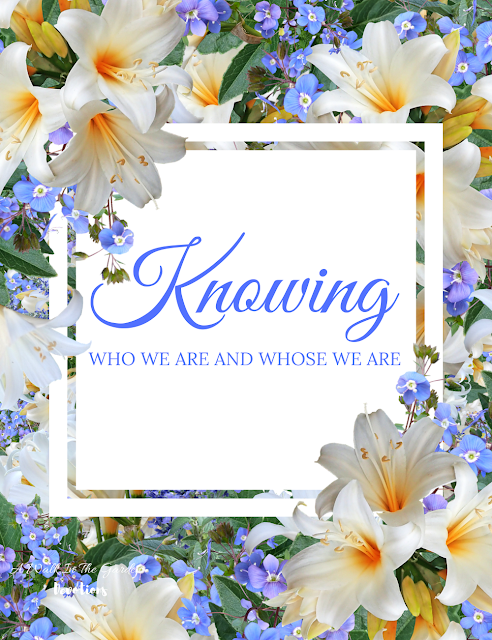 Blessed be the God and Father of our Lord Jesus Christ, who has blessed us with every spiritual blessing in the heavenly places in Christ, just as He chose us in Him before the foundation of the world, that we should be holy and without blame before Him in love, having predestined us to adoption as sons by Jesus Christ to Himself, according to the good pleasure of His will, to the praise of the glory of His grace, by which He made us accepted in the Beloved.

In Him we have redemption through His blood, the forgiveness of sins, according to the riches of His grace which He made to abound toward us in all wisdom and prudence, having made known to us the mystery of His will, according to His good pleasure which He purposed in Himself, that in the dispensation of the fullness of the times He might gather together in one all things in Christ, both which are in heaven and which are on earth— in Him.

In Him also we have obtained an inheritance, being predestined according to the purpose of Him who works all things according to the counsel of His will, that we who first trusted in Christ should be to the praise of His glory.

In Him you also trusted, after you heard the word of truth, the gospel of your salvation; in whom also, having believed, you were sealed with the Holy Spirit of promise, who is the guarantee of our inheritance until the redemption of the purchased possession, to the praise of His glory.

Therefore I also, after I heard of your faith in the Lord Jesus and your love for all the saints, do not cease to give thanks for you, making mention of you in my prayers: that the God of our Lord Jesus Christ, the Father of glory, may give to you the spirit of wisdom and revelation in the knowledge of Him, the eyes of your understanding being enlightened; that you may know what is the hope of His calling, what are the riches of the glory of His inheritance in the saints, and what is the exceeding greatness of His power toward us who believe, according to the working of His mighty power which He worked in Christ when He raised Him from the dead and seated Him at His right hand in the heavenly places, far above all principality and power and might and dominion, and every name that is named, not only in this age but also in that which is to come. And He put all things under His feet and gave Him to be head over all things to the church, which is His body, the fullness of Him who fills all in all. 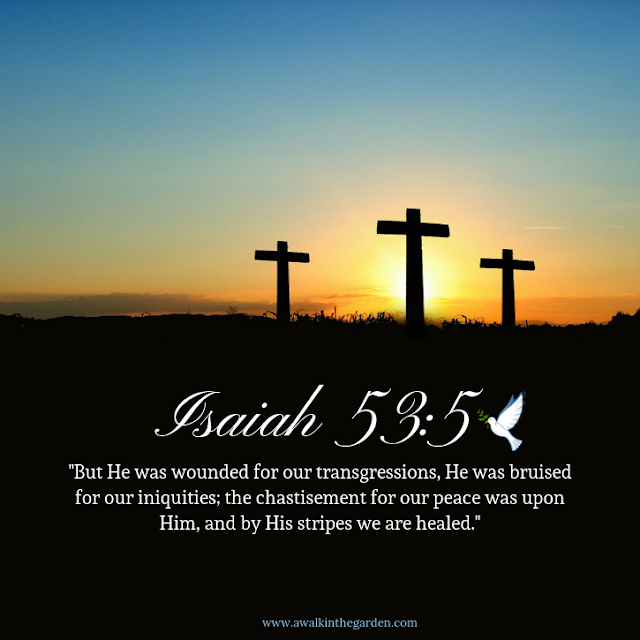 Jesus, God's sacrificial Lamb without blemish, died for our sins, to reconcile us back to God. Thank You Lord for Your mercy and grace!

Whosoever will may come; believe in the Lord Jesus Christ and be saved. Oh, how He loves you and me! 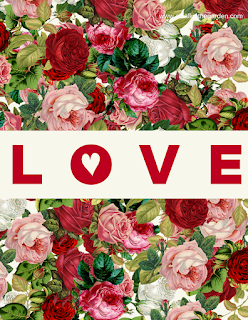 There she was, a young Moabite woman refusing to go back to her  people and their gods. Instead, insisting to be with her mother-in-law Naomi, who had come to Moab from Bethlehem in Judah with her husband Elimelech and their two sons Mahlon and Chilion, because of famine in the land. 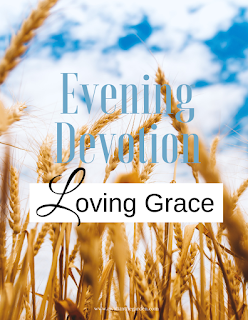 Having heard that the Lord had provided aid for His people at home, Naomi prepared to return to Bethlehem with her two daughters-in-law, but she later urged them to return to their families. Orpah did, but Ruth said, "Entreat me not to leave you, or to turn back from following after you; for wherever you go, I will go, and wherever you lodge, I will lodge; your people shall be my people, and your God, my God. Where you die, I will die, and there will I be buried. The Lord do so to me, and more also, if anything but death parts you and me." (Ruth 1:16-17)

So, they came to Bethlehem as the barley harvest was beginning.  Ruth went out and gleaned in a field belonging to Boaz, who greeted his workers with "The Lord be with you" and they replied, "The Lord bless you." What a beautiful display of mutual love and rapport.between them!

Christians are workers in God's field, fellow laborers in His kingdom. More than servants, we are his friends. He equips, He guides, and He blesses the work of our hands. We can do nothing without Him. To Him, be glory, honor and praise—Bless the Lord, the One who owns our lives!

Upon seeing Ruth, Boaz inquired whose damsel she was. The servant who was set over the reapers answered him that she was the young Moabite woman who came back from Moab with Naomi.

Boaz talked to Ruth and told her to stay in his field, not to go to another and that he had charged the young men not to touch her. He said to work with the maidens in the field and to drink from the vessels of water when she became thirsty. Ruth was amazed at his generous hospitality towards her, a foreigner. She asked him why she had found grace in his eyes and he told her that he had full knowledge of her loyalty and the kindness she had shown to her mother-in-law and of her willingness to leave her own family and native land to come to a people she didn't know before..

At mealtime, Boaz invited Ruth to eat of the bread and to dip her morsel in the vinegar. As she sat with the reapers, he reached her parched corn and she ate and was satisfied with some left over. As she got up to glean in the field, he commanded the young men not to reproach her. He also commanded them to let some handfuls fall on purpose so that she could have them to glean.

In the evening, she related the day's events to Naomi who asked about where she had worked and who had been so generous. She then tells Ruth that Boaz is a close relative, a next kinsman.

Ruth gleaned until the end of barley harvest and wheat harvest. The barley harvest occurs in March-April; Nisan on the Jewish calendar and the wheat harvest in May-June; Sivan on the Jewish calendar. In Judaism, the Passover festival commemorates God's deliverance of His people from bondage in Egypt and is associated with the barley harvest. The Pentecost festival (also known as Feast of Weeks) is a celebration of the first-fruits of the wheat harvest with wave offerings and sacrifices to God. (Later came to commemorate the giving of the law to Moses by God on Mount Sinai.) All significant to the Christian faith in that Christ became the Passover Lamb and Jesus told His disciples to tarry in Jerusalem for the promise of the Father—The Holy Spirit descended on them and filled them on the Day of Pentecost. They were empowered to go out and preach the gospel with power, themselves being transformed. And to this day, the Great Commission continues.


A Walk In The Garden Devotions
Hope & Encouragement for Life's Journey 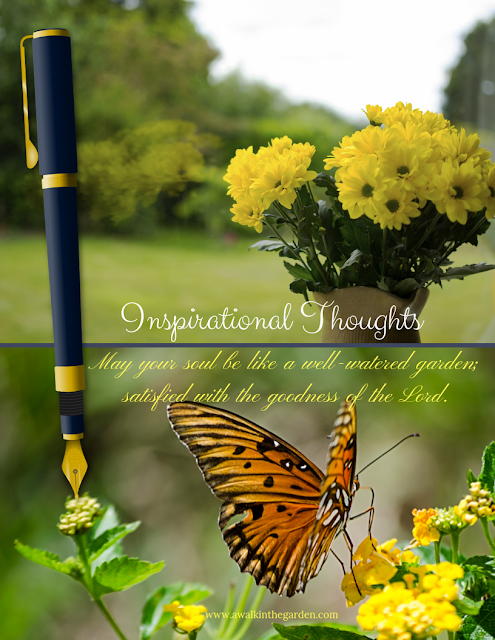 "Hear the word of the Lord, O nations, and declare it in the isles afar off, and say, 'He who scattered Israel will gather him, and keep him as a shepherd does his flock.' For the Lord has redeemed Jacob, and ransomed him from the hand of one stronger than he. Therefore they shall come and sing in the height of Zion, streaming to the goodness of the Lord—for wheat and new wine and oil, for the young of the flock and the herd; their souls shall be like a well-watered garden, and they shall sorrow no more at all. Then shall the virgin rejoice in the dance, and the young men and the old, together; for I will turn their mourning to joy, will comfort them, and make them rejoice rather than sorrow. I will satiate the soul of the priests with abundance, and My people shall be satisfied with My goodness, says the Lord." (Jeremiah 31:10-14)

Bless God, who has redeemed us out of every nation and liberated us from the power of darkness, and translated us into the kingdom of His dear Son: In whom we have redemption through His blood, even the forgiveness of sins. Amen. 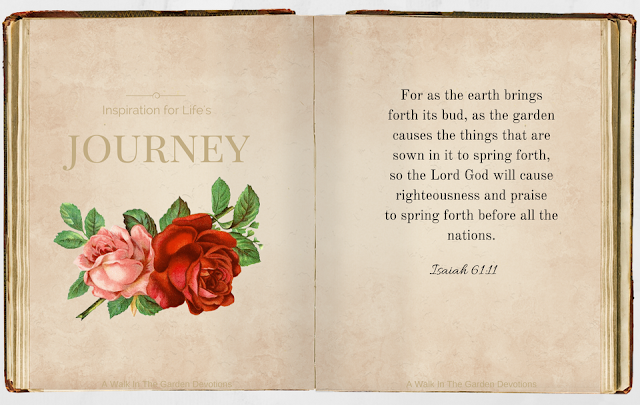 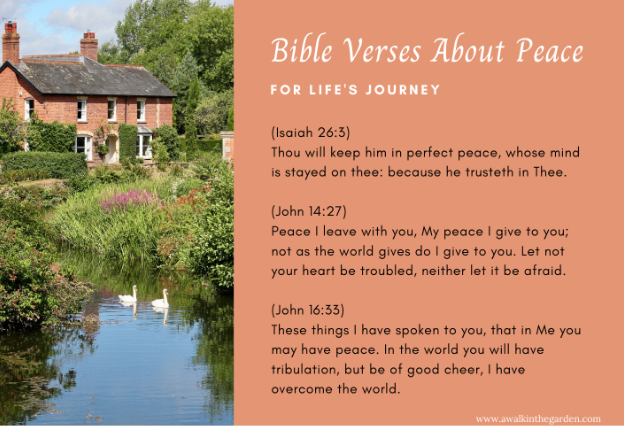 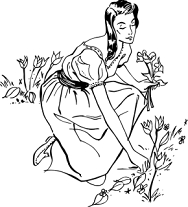 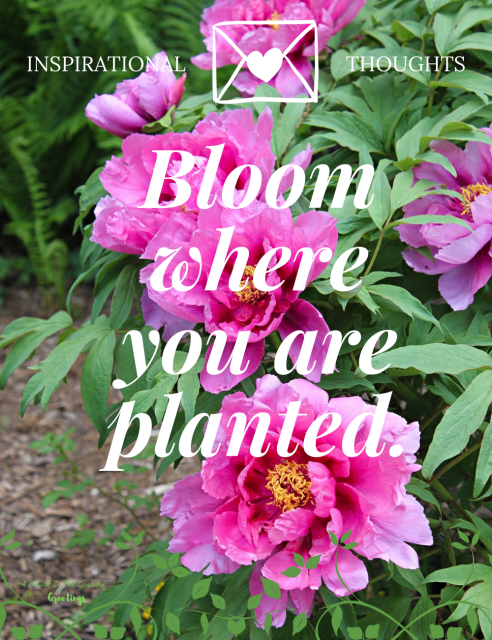 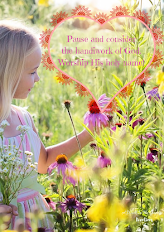 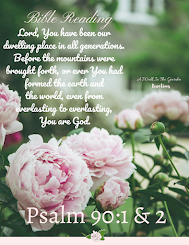 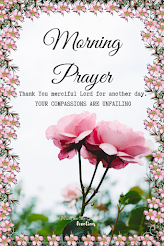 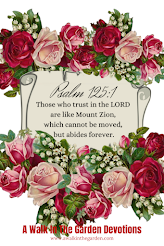 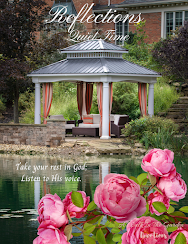 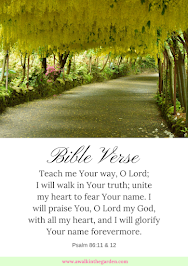 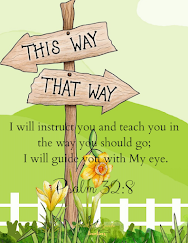 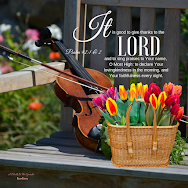 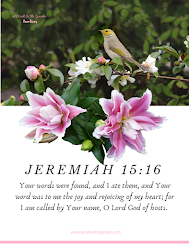 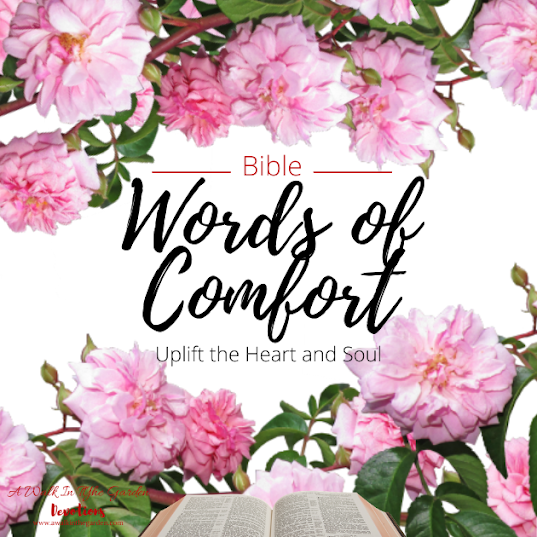 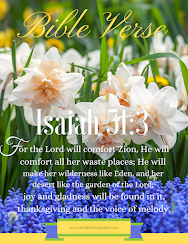 5-23-22
Inspirational Thought For The Week
The mercies of the Lord endure forever. 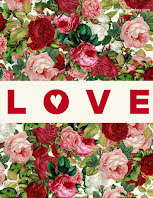 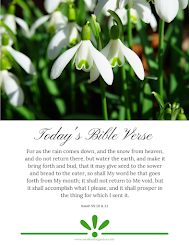 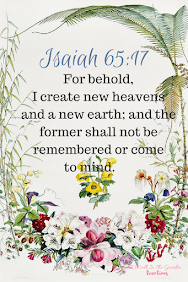